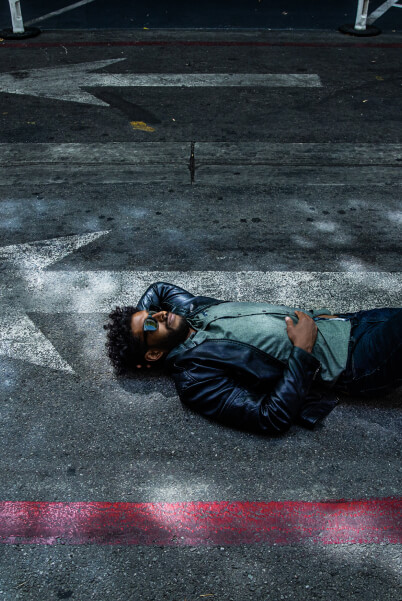 Depression is one of the most common mental illnesses humans experience. Roughly one in ten Australians suffer from depression, with it affecting their daily life. While it is normal to experience sadness and ‘low’ moods from time to time, depression is an intense feeling of unhappiness that lasts for a long period of time. Depression is classified when an individual experiences depressive thoughts or feelings for a period of two or more weeks. Depressive disorders can include:

We do not know the exact cause of depression, however we do know that there are a few factors that contribute to its development. Usually, a combination of short and long term personal circumstances will trigger depressive mood swings that may result in a more serious diagnosis of depression. Causes of depression include:

Certain life events can affect or trigger depression. Many people experience stress that contributes to low mood states. Some of these causes include:

Your own genetic makeup or lifestyle may also be a source of depression. This can include:

What are Depression Symptoms?

Depression produces negative emotions that manifest in physiological and psychological symptoms and behaviours. If you are suffering from depression, you may feel:

Further, depression may also affect your behaviour including:

You may also experience physiological changes such as

A study of 4,400 people in the journal Addictive Behaviours found that both chronic and casual users of cannabis experienced less depressive moods than non cannabis users.

Even for people treating other disorders, reduction of depression is a reported experience. For example, a study in Clinical Neuropharmacology showed that a reduced depression was a byproduct of using cannabis and specifically CBD to treat tremors in Parkinson’s sufferers.

This research is consistent with two studies that drew a correlation between depression and the lack of endocannabinoids in groups of people. This includes studies in both Psychoneuroendocrinology and Pharmacopsychiatry showed that women with low levels of endocannabinoids anandamide and 2-AG had a higher correlation with major depressive disorder.

Further, a study in the journal of Biological Psychiatry showed that an increase in CB1 receptors found in brains of suicide victims with major depression compared to others suggests a correlation between depression and endocannabinoid system abnormalities.

Additionally, a study in Frontiers in Pharmacology showed that CBD decreased aggression and depression in mice that had suffered traumatic brain injury.

As more research into medical cannabis and depression emerges, many patients are talking to their doctors about various cannabis treatments for a wide range of mental health conditions.

If you are already prescribed other medications for your depression then you should speak to a doctor about whether medical cannabis is appropriate for you. If appropriate, your doctor will advise how medical cannabis can be incorporated into your treatment. It is not advisable to discontinue treatment with any psychiatric medications unless indicated by your doctor. Doing so may cause adverse and unwanted side effects and/or withdrawal symptoms.

Plant-based medicines may help with:

If you’ve got questions,
we’ve got answers.

We’re committed to replies within one business day and we’re available Monday to Friday.

The more specific you are, the more we’ll be able to point you in the right direction.

Talk to us
See if you’re eligible for cannabinoid treatments.

Our Doctor consult service works directly with Australian GPs to provide you with the best possible plant-based medicine for your symptoms, to combat chronic pain, stress, and insomnia or fatigue.

mágū respectfully acknowledges the Wurundjeri People of the Kulin Nation on whose unceded lands we work.
‍
We acknowledge their Ancestors and Elders, past and present, as well as the Traditional Owners of the lands and waters across the country where we conduct our business.
‍
We pay respect to First Nations People as the first healers and health workers of this land and acknowledge all traditional healers practicing today.